DURHAM – Robert (Bob) William Dotson, age 69, died on December 11, 2019. He was born on February 16, 1950 in Wheeling, WV to Samuel Charles Dotson, Jr. MD and Campsa Snedeker Dotson. He grew up in Cameron, WV and the family moved to Morgantown, WV in the fall of 1960. He graduated from Morgantown High School in 1968. He received a B.S. Degree in Business Administration (Marketing) from West Virginia University in 1972. He received a second degree, B.F.A. in Graphic Design, from West Virginia END_OF_DOCUMENT_TOKEN_TO_BE_REPLACED

Carol Drake Morgan, 72, died peacefully on Christmas morning in her home in Durham. Her husband of 50 years was holding her hand. Through her three-decade career as a teacher, she leaves behind a legacy of nurturing intelligence, curiosity, and kindness. Her greatest legacy is the loving family she built and sustained. Her survivors include her husband, Dean Morgan; her children Fiona, Margot, and Drake and their partners; her grandchild Anthony Drake Varela and step-grandchildren Nina and END_OF_DOCUMENT_TOKEN_TO_BE_REPLACED

Ethel Oakley Blalock passed on December 22, 2019 at the age of 92 after long suffering. She was a lifetime resident of Stem, NC, a 1945 graduate of Stem High School and the wife of the late George L. Blalock, Jr and daughter of the late Robert “Bob” Oakley and Luna O. Oakley. Ethel was known for exquisite quilting and as an avid historian. She shared her vast wealth of knowledge with friends and family in her home and at the NC Room located at the Oxford Library. Ethel was a trustee for the END_OF_DOCUMENT_TOKEN_TO_BE_REPLACED

DURHAM – Sally Pickett, age 93, died at her home peacefully accompanied by her daughter, son-in-law and loving companion on December 23, 2019. She was born on December 2, 1926 in Roxboro, NC to the late George and Maggie Yarboro Rhew. Sally was a faithful member of Yates Baptist Church for many years. She was a member of the Matthew T. Yates Sunday School Class and enjoyed the many road trips with her friends from the class. Sally retired from Sperry Rand which later became Honeywell. She was END_OF_DOCUMENT_TOKEN_TO_BE_REPLACED

Earl Wayne High died on Sunday, December 22, 2019, at Duke Regional Hospital at the age of 79 with his wife and family by his side. Wayne leaves behind his wife, Lynne High; her son, Andrew Moore; and her grandson Elijah Brinkley Moore, who was born on Wayne’s birthday this year; sister, Gail Hurst (Neil); nephew, Tyson Neil Hurst; great-nephew, Wyatt Hurst; a cousin who has been like a brother to Wayne, Johnny High; and many close relatives and friends. Wayne was preceded in death by his END_OF_DOCUMENT_TOKEN_TO_BE_REPLACED

DURHAM – Dorothy Caroline Knittel Cornell, age 86, died on December 9, 2019. She was born on April 26, 1933 in New Castle, PA, the only child of Henry Carl Knittel and Margaret Shirk Knittel. Dorothy battled cancer for 7 years, meeting its new challenges and continuing to live life fully.  At her passing she was surrounded by family, and had received many caring calls and visits. Dorothy received a Bachelor’s degree from Thiel College in Greenville, PA and a Masters of Science in Education END_OF_DOCUMENT_TOKEN_TO_BE_REPLACED

Allison Rose O’Toole, age 28, died suddenly in a car accident on December 15, 2019. She was born on March 15, 1991 in Durham, NC. Allison was an outstanding student and a voracious reader. She graduated from Durham School of the Arts in 2009 with an art focus in photography. She received her Bachelor’s Degree in Psychology from The University of North Carolina, Chapel Hill, in 2013 and was pursuing a Master’s Degree in Mental Health Counseling from Wake Forest University in order to help END_OF_DOCUMENT_TOKEN_TO_BE_REPLACED

Oxford, NC John E. Newell, age 77, died surrounded by family on Monday, December 16, 2019.  John was the son of the late Frank B. Newell, Jr and Nelle Wilson Newell and a native of Warren County.  As a child he grew up on the family farm, that originated in 1903, and he has continued to operate the farm with his extended family till the time of his death. John was member of the Warrenton Presbyterian Church during his childhood and graduated the Class of 1960 – John Graham High School, END_OF_DOCUMENT_TOKEN_TO_BE_REPLACED

Rev. Barbara Le Hays died in her residence at the Croasdaile Village Retirement Community in Durham, NC on Dec 11, 2019.  She was age 95. Born on October 15, 1924 to the late Dr. L. E. Crick and Beulah Belle Frazier Crick, Barbara grew up in Britton, Oklahoma.  A gifted musician and precocious student, she graduated with a B.A. from Oklahoma Central State College at the age of 18 and married Miller B. Hays, a pilot and military pilot trainer in World War II.  After the war, they moved to New END_OF_DOCUMENT_TOKEN_TO_BE_REPLACED

Kathy King, 60 of Durham, North Carolina, passed away December 12, 2019.  She was born in Kansas City, Missouri, daughter of LeRoy and Mary King.  She attended the University of Missouri-Kansas City and earned a Master’s in Education Administration.  Kathy lived in Durham, North Carolina for 18 years and was a financial analyst at the University of North Carolina. She is survived by her brother Ronald King and wife Barbara; four sisters, Deborah Birmingham and husband Dan, Cindy Windham and END_OF_DOCUMENT_TOKEN_TO_BE_REPLACED 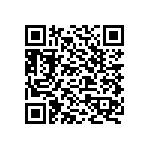