Wilma Dean Tilley, 94, of Oxford died peacefully with her family by her side on Saturday, August 19, 2017. Born on September 3, 1922 she was the daughter of the late, Roy B. Dean and Hettie (Pruitt) Dean. Mrs. Tilley was preceded in death by two brothers and one sister and by her husband, Henry T. Tilley. Mrs. Tilley a native of Granville County, received her BA in Education from ECTC (East Carolina Teaching College). She was a member of the Bullock Baptist Church and enjoyed her time with her students for 30 years before retiring from the Granville County Schools. Mrs. Tilley was known for her love of her grandchildren and her flower garden; she will be missed greatly by her family and friends.
Mrs. Tilley is survived by her daughters; Susan Tilley Mackie and husband (John D. Mackie, Jr.) of Wake Forest and Mary Tilley of Oxford. Her three grandchildren; Lauren Bell, Matt Bell and Josh Bell. The family will receive friends at the funeral home on Tuesday August 22, 2017 from 7-9 p.m. A graveside funeral service will be held on Wednesday August 23, 2017 at 10 a.m. at the Royster Cemetery in Bullock, NC. Flowers are welcomed or memorial donations can be made to the Bullock Baptist Church, 4078 Buckhorn Rd., Bullock, NC 27507. Memorial tributes can be left on line at www.hallwynne.com (Oxford).
Gentry Newell & Vaughan Funeral Home is serving the Tilley family. 503 College Street, Oxford, NC 27565. (919)-693-5191.

Offer Condolence for the family of Wilma Dean Tilley 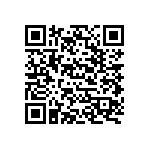