Willie M. Cole, age 93, a resident of Stem, died Saturday January 21, 2017, at Universal Health Care, Oxford.  He was a native of Granville County and was the son of the late William Fife and Fannie Hart Cole.

Willie was a retired Foreman with the North Carolina Department of Transportation where he worked for 37 years.  After retirement from NCDOT, he worked several security jobs throughout the county.  He was happily married to the love of his life for 69 years.  Willie was of the baptist faith and currently the oldest member of Tally Ho First Baptist Church in Stem, North Carolina.

Funeral services will be conducted Tuesday, January 24, 2017, at 2:00 PM at Tally Ho First Baptist Church in Stem by Rev. Eddie Nutt and Rev. Robert Oliver. Burial will follow in Bullock Cemetery.  Visitation will be held Monday, January 23, 2017, at Gentry-Newell & Vaughan Funeral Home from 6:00 – 8:00 PM.  The family will receive visitors at other times at 3637 Ashton Glen Lane, Oxford, NC.

Offer Condolence for the family of Willie M. Cole 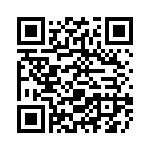