Willie J. Brooks a resident of Oxford died Tuesday March 22, 2011 in Maria Parham Hospital. He was a native of Person Co. and was the son of the late Tom and Lissie Long Brooks. He was preceded in death by his wife Doris H. Brooks. Mr. Brooks was a member of Rehoboth United Methodist Church, a member of Henry F. Granger Lodge #412, a farmer and former Rural Route Carrier and a member of the Tri County Hunting Club. Willie retired from the US Department of Agriculture and worked for Santa Fe Tobacco Company. Willie was a veteran of the US Army.
Funeral services will be held Friday, March 25, 2011 at 2:00 PM at Rehoboth United Methodist Church by the Rev. Josh Duckworth. Burial will follow in Meadowview Memorial Park.
Surviving is a daughter, Susan Carol Brooks of Oxford, one brother, John Merriot Brooks of Baltimore, Maryland, sister, Kathleen Walker of Bullock and special friend, Margaret Roberson of Henderson.
The family will receive friends on Thursday, March 24 from 7:00 until 8:30 P.M. at Gentry-Newell & Vaughan Funeral Home and at other times at the home.
In lieu of flowers memorials may be made to Rehoboth United Methodist Church, c/o Barbara Burwell, 2205 Community House Road, Oxford, NC 27565.
Gentry-Newell & Vaughan Funeral Home is assisting the Brooks family. For online condolences, go to www.hallwynne.com and select obituaries.

Offer Condolence for the family of Willie J. Brooks 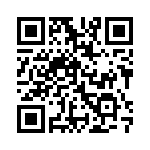