William Thorpe Landis, Jr, age 89 of Oxford, NC, passed away on March 28, 2018. He was a native of Granville County and the son of the late William T. Landis, Sr and Martha Pond.

William served in the Army, where he met and married his wife while overseas. They moved back to Oxford, where William and his wife, Alice proudly owned and operated A & M Florist in Oxford and raised a beautiful family.

William is survived by his wife, Alice Keymeulen Landis; children, William T. Landis (Norma), Hamlin Landis (Jean), Sylvia Kennedy (Walter) and Mary Denise Ferrell (Jeffrey); 9 grandchildren and 14 great-grandchildren, with one more on the way. His sister, Martha Lacy Powell Dean is also surviving. William was predeceased by his sisters, Virginia Lee Estes and Marianna Bedbingfield.  He was greatly loved and will be missed by family and friends.

In lieu of flowers, you may make memorial contributions to St. Stephens Episcopal Church or a charity of your choice.

Offer Condolence for the family of William Thorpe Landis, Jr 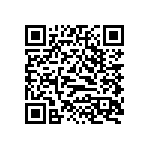