William McClure Hooke passed away on Tuesday, June 10, 2014. He was born on November 17, 1930 to Lucy and Malcolm Hooke of Greensboro, NC. After graduating from UNC with a degree in physics, he went on to receive his PHD from Princeton University. He married Nancy Smith, the love of his life, on June 3, 1952. They lived in Princeton, NJ from 1953 to 1986. He was a researcher at the university. He and Nancy lived in retirement in Chapel Hill, NC, where he continued to work variously for UNC, ITC, Inc., Kobe Steel, and a school in Durham.

In lieu of flowers, the family requests that donations be made to The Lydia James Music Fund at Chapel of the Cross.

Offer Condolence for the family of William McClure Hooke 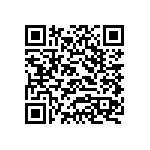