William E. Haas, age 74, formerly of Blacksburg, VA departed this world July 3, 2008 in Durham, NC for a better life in heaven to join God, as well as his parents, his brothers, and sisters and his many friends. Mr. Haas was born in Ionia, MI and was the son of the late Elizabeth J. Boot and Roy A. Haas, also of Ionia, MI. Predeceasing Mr. Haas were brothers Richard, Clarence and Jimmy, all of Ionia; and his sister, Betty Jean Greenop of Belding, MI.

Mr. Haas was a member of the Blacksburg United Methodist Church in Blacksburg, VA. He was honorably discharged after spending four years in the U.S. Air Force after which he attended and graduated from Michigan State University in 1960.

His professional career in purchasing administration spanned 32 years of which 23 years were spent at Duke University and Virginia Tech respectively. The remaining nine years were spent in distribution and the aerospace industry. During his professional career, Mr. Haas was involved with civic activities, which included several years with the North State Sertoma Club of Durham, NC where he rose to District Governor. He also served on the Board of Directors of the School for Hearing Impaired; and the Parkwood Athletic Association of Durham, NC. He led successful United Appeal campaigns at both Duke University and Virginia Tech and was involved in many other successful civic efforts.

Mr. Haas later became President of the National Association of Educational Procurement NAEP headquartered in Baltimore, MD. While on the NAEP board, he was responsible for creating a non-profit scholarship within NAEP, which was named for him. He recently received the Bert C. Ahern’s award, which is the highest form of recognition available from NAEP.

In lieu of flowers, memorials may be made to the William E. Haas Scholarship Fund, c/o NAEP, 5525 Research Park Dr., Baltimore, MD 21228; www.naepnet.org.

Graveside services will be held 10:00 AM Tuesday, July 8, 2008, at Markham Memorial Gardens with the Reverend Martha McLean presiding.

Mr. Haas died as he lived, at peace with himself and those who surrounded him.

Offer Condolence for the family of William E. Haas 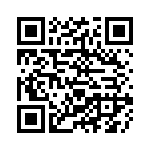