William Durwood Bruce died on August 16, 2016 at UNC Hospital. He was born at home in Lunenburg County, Virginia (Meherrin Post Office) on April 20, 1931 to Liberty Bell Garst Bruce and Adrian Judson Bruce who predeceased him. He graduated from Victoria High School in 1949, and entered Washington & Lee University, Lexington, Virginia, graduating in 1953.
After graduation, he joined the Regular Army for a period of three years. One of his assignments was to the Army Language School, Presidio of Monterey, California. After completing a year of study of the Russian language, he was stationed in Germany for two years as a member of the Army Security Agency.
On December 28, 1954, he married Mary Jane Deverick of Staunton, Virginia. They both lived in Germany while he was in the service.
His business career covered employment with several air filtration companies. He later formed his own company, Bruce Air Filter, and retired in 1998.
Mr. Bruce is survived by his wife, Jane Deverick Bruce; a daughter, Karen Elizabeth Bruce-Gilliam and her husband, Douglas Gilliam; and a son, Thomas W. Bruce. Surviving also are two grandchildren, Emma Gilliam and Adrian Gilliam. His brother, Garland Bruce, predeceased him.
A funeral service will be held Monday, August 22 at 2:00 pm at The Chapel of the Cross in Chapel Hill, NC.
In lieu of flowers, a donation may be made to The Chapel of the Cross; 304 E. Franklin Street; Chapel Hill, NC 27514.

Offer Condolence for the family of William Durwood Bruce 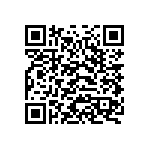