William DeHart of Fearrington Village, Chatham County, died peacefully on July 15, 2013, while vacationing with his family in his favorite sailing destination – Oriental, North Carolina. Bill was born to James and Lois Guffy DeHart in Durham, N.C. and grew up in Winston-Salem. In 1953 he was commissioned an Ensign at the United States Naval Academy – and subsequently served as a naval officer for 24 years.

A service of Christian Burial is planned for Tuesday, July 23 at 1 p.m. at Church of the Holy Family Episcopal, 200 Hayes Road, Chapel Hill, NC, with reception to follow. Interment of ashes will take place at a later date at a family plot in Concord, N.C.

In lieu of flowers, the family suggests a memorial to Church of the Holy Family or a charity of one’s choice.

Online condolences may be left at www.hallwynne.com.

Offer Condolence for the family of William DeHart 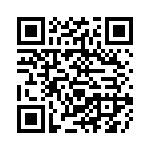