Born in Chatham County on August 13, 1942, Mr. Woody was the son of George and Mary Dixon Woody. He was retired from the NC Department of Transportation, Highway Maintenance Division. Mr. Woody was a member of Hickory Mountain United Methodist Church.

The funeral service for Mr. William David Woody will be held at 11 o’clock, Thursday morning, June 2, 2011 at Hickory Mountain United Methodist Church. Interment will follow in the church cemetery. Friends may visit with the family before and after the service at the residence of Mr. and Mrs. David Keck, 2208 Alex Cockman Road, Pittsboro.

Arrangements for Mr. Woody are under the care of Hall – Wynne Funeral Service, Pittsboro.

Offer Condolence for the family of William David Woody 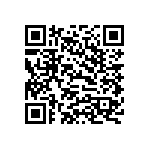