William Blair Anderson of Durham died peacefully on Friday, March 1 at the age of 95. His wife of 59 years, Barbara Deaton Anderson, was with him; his three children and two of his grandchildren were nearby.

Born Nov. 8, 1923, he was raised by his parents, the late William S. Anderson and Lenora Amanda Hagen Anderson, his older sister Harriette, his cousin Tony, and the entire town of Granite Falls, Minnesota. Throughout his life, he enjoyed telling stories about “growing up in Granite.” He gave the valedictory address at the 1941 Granite Falls High School commencement. Titled “Tolerance,” the speech noted, “The better we become acquainted with other people, regardless of their race, creed, or customs, the more we realize that these strangers in reality have the same underlying human traits that we have.”

He entered the University of Minnesota and enlisted in the Army when the United States joined World War II. He finished college and medical school on an expedited basis and served as a physician in the Air Force during the Korean War. His service included a double tour of duty on the Aleutian island of Shemya, where a small base supported American plane that landed for refueling.

He dedicated his professional career to improving the lives of children, first as a pediatrician and later as a child psychiatrist. He came to Duke in 1962 to pursue a fellowship in child psychiatry and stayed on as a member of the faculty. He served as director of the Durham Child Guidance Clinic (later renamed the Community Guidance Clinic) and medical director of McDowell Adolescent Psychiatric Ward at Duke Hospital.

Though his style was unassuming, Bill often found himself in leadership positions such as congregation council of St. Paul’s Lutheran Church and president of The Forest at Duke Residents’ Association (2007). Informally, many people turned to him for wisdom and solace over the years.

The Lutheran church was a constant in his life from beginning to end. While in pediatric training at Children’s Hospital of Philadelphia, he attended Trinity Lutheran Church and befriended the young pastor, L. Crosby Deaton. When that pastor took him home to Baltimore for Christmas, he met the entire family, including the pastor’s younger sister, Barbara Jane Deaton. She and Bill were married on July 11, 1959.

One of Bill’s enduring interests was politics. He was proud to have shaken hands with Eleanor Roosevelt at an event in Iowa City, and he was a big fan of Adlai Stevenson and Hubert Humphrey. Having rushed through college, he loved to fill in the gaps in his knowledge of history by reading biographies, especially of the founding fathers. He watched almost every Democratic national convention of his adult life, and his family appreciated his ability to make comparisons between contemporary campaigns and those of decades before. He frequently consulted the World Almanac (always handy in kitchen or study) to find such facts as the name of an unsuccessful presidential candidate’s running mate or the year, a particular state joined the United States.

The family would like to express deep appreciation to Gbenga Matthew, who cared for Bill for almost four years, and to the many caregivers on the staff of The Forest at Duke and the Aegis agency, including Tammy Paylor, Helene Dembo, Neema Ngilisho, and Temi Ariyivi.

In lieu of flowers, memorial gifts may be made to St. Paul’s Lutheran Church, 1200 W. Cornwallis Rd, Durham, NC 27705 or to Duke Integrated Pediatric Mental Health at https://ipmh.duke.edu/content/support-us . The Anderson family is under the care of Hall-Wynne Funeral Service, Durham, NC. Online condolences: www.hallwynne.com; select obits.

Offer Condolence for the family of William Blair Anderson 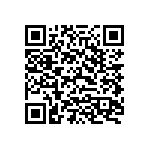