Dr. William Bevan, scientist, scholar, teacher, and university administrator, died February 19, 2007 in Durham, N.C., at Duke University Medical Center. Born in Plains, Pennsylvania, the son of William and Elizabeth Jones Bevan, he received his A. B. degree from Franklin and Marshall College with honors in psychology in 1942. He received the M.A. degree from Duke University in 1943. He entered the U.S. Navy in 1944 and was trained for service in the field of Naval Intelligence. Upon completing the course in Cantonese at the Naval Oriental Language School at the University of Colorado, he was assigned to the Chief of Naval Operations Office in Washington, D.C. Though he completed his active duty service in May, 1946, he remained in the reserves for 26 years. Bevan held his first teaching position was at Heidelberg College in Tiffin, Ohio.

Upon earning the Ph.D. in psychology at Duke University in 1948, Dr. Bevan then joined the faculty of Emory University in the fall of 1948 where he remained until 1959. During 1952-53 and on leave from Emory, Bevan was a Fulbright Scholar at the University of Oslo, Norway. In the summer of 1959, his career took him to Kansas State University as chairman of the psychology department. After three years as chairman, he became Dean of Arts and Sciences and in 1963, he was appointed Vice President for Academic Affairs. Following a year as a fellow at the Center for Advanced Study in the Behavioral Sciences in Palo Alto, CA, Bevan moved to Johns Hopkins University as Vice President and Provost in 1966, and professor of psychology. In 1970 on leave from Hopkins, he accepted an appointment as Executive Officer of the American Association for the Advancement of Science and publisher of Science magazine. In 1974, Bevan was appointed the William Preston Few professor of psychology at Duke University, an appointment he held until his retirement. Continuing his interest in creating dialogue in the scientific community, Dr. Bevan brought distinguished scientists to the university for the Duke Round Table on Science and Public Affairs. He served as Provost of Duke University from 1979-1983 during which time he initiated the Talent Identification Program TIP, an initiative directed towards identifying, challenging, and inspiring intellectually gifted youth. On leave from Duke, he became Vice President and Director of the Health Program at the John D. and Catherine T. MacArthur Foundation in 1984. Bevan remained at the McArthur Foundation until his retirement in September, 1991.

Dr. Bevan held memberships in Phi Beta Kappa, Sigma Xi, the Institute of Medicine of the National Academy of Sciences, the American Academy of Arts and Sciences, and the Society of Experimental Psychologists. He was also a longtime member of the Cosmos Club in Washington D.C. Over the course of his career, Bevan received seven honorary doctoral degrees and was awarded the Distinguished Alumni Award from Duke University and Franklin and Marshall College. In 1989, he received the American Psychological Association Award for Contributions in Psychology in the Public Interest, and in 1991, he received the American Psychological Foundation Gold Medal Award for Life Contribution by a Psychologist in the area of Public Interest. Bevan was the author or co-author of 180 research papers and essays. The American Psychological Foundation, where Bevan served as president, created an annual lecture in his honor

Offer Condolence for the family of William Bevan 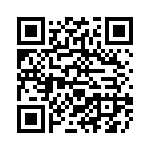