DURHAM:
Wayne Taylor Hart, age 70 a native of Granville Co. died Monday December 5, 2011 in Duke Medical Center following a stroke. He was the son of the late Jewell John and Carrie Currin Hart. Mr. Hart was a veteran of the US Army, a retired computer analyst with Burlington Industries, Wright Machinery Co., Northern Telecom and the Herald Sun.

He was a member of the Duke United Methodist Church in Durham. Wayne liked to fish, travel and work in his yard. He had a special love for his companion “Lucy” his dog who traveled with him everywhere he went.

Funeral services will be held Thursday December 8, 2011 at 11:00 AM in Gentry-Newell & Vaughan Funeral Chapel by the Dr. Robert Claytor. Burial will be in Meadowview Memorial Park with Military Honors.

Surviving is his wife, Suzanne Swinney Hart; a brother, William A. Hart Barbara of Durham; a sister, Judy H. Blackwell Buddy of Oxford; a brother-in-law, Jack Morgan Swinney of Durham and several nieces and nephews. He was preceded in death by a brother John Hart, sisters, Mary Hart Mansfield and Doris Hart Brooks.

The family will receive friends from 10:00 AM until 11:00 AM prior to the services on Thursday. In lieu of flowers memorials may be made to the Eastern North Carolina Humane Society , 3520 Tupper Dr., Greenville NC 27834. or to a charity of one’s choice.

The Hart family is under the care of Gentry-Newell & Vaughan Funeral Home. Online memorials at www.hallwynne.com , select obituaries.

Offer Condolence for the family of Wayne Taylor Hart 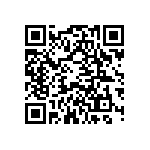