Bill graduated from Henderson High School, and directly volunteered to serve in the Army at the end of World War II. He was stationed at Fort Lee in Virginia and at the Presidio in California.

After his stint in the army Bill attended East Carolina Teachers College now East Carolina University on the G.I. Bill. At ECTC, he met his future bride, Kathryn Ann Bonner. They married on June 21, 1952, after his graduation from ECTC and her graduation from Rex Hospital’s School of Nursing.

Bill and Kathryn spent the next 38 years moving around the country as Bill was promoted during his tenure with Allstate Insurance Company and its subsidiaries. At the time of his retirement, Bill was the Chief Financial Officer of Coldwell Banker.

After he retired in late 1993, Bill and Kathryn returned to their native North Carolina to be closer to their families. They settled in Chapel Hill, where they have lived for the past two decades. Bill and Kathryn would have celebrated their Diamond Anniversary this Saturday.

Bill is survived by his wife; his children, Clarissa Riely and her husband, Henry, of Richmond, Virginia; his son, Bill, and Bill’s wife, Elaine, of La Canada, California; five grandchildren and one great grandchild. He is also survived by his sister, Elizabeth Cilley, of Essex Junction, Vermont, and her family; and his brother, Wade Davis, of Raleigh, North Carolina, and his family.

A memorial service will be held on Tuesday, June 19th at 1:00 PM at Church of the Holy Family Episcopal 200 Hayes Road, Chapel Hill, NC 27517. The family will receive visitors at a reception in the parish hall following the burial service.

Offer Condolence for the family of Thomas W. Davis 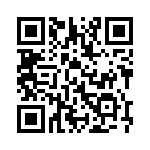