Tom Flack, 82, passed away on October 27th, 2010 at The Laurels of Chatham in Pittsboro, NC from PSP Progressive Supranuclear Palsy

Tom is survived by his children, Peggy and Patrick Ake of Howard, Ohio, John and Nancy Flack of Pittsboro, NC, sister Mrs. Nancy Sellers of St. Louis, MO., brother James R. Flack of Loudonville, OH, as well as 3 nieces, 3 nephews and many grand-nieces and nephews.

Tom was preceded in death by his wife, Mary December 2008 , his parents Bill and Vertia of Wadsworth, Mary’s parents Mary and John Heaton of Akron, and brother-in-law David Sellers of St. Louis, MO.

Tom was born in Lakewood Ohio on October 22, 1928 to Bill and Alvertia Flack. He graduated from Wadsworth H.S. and was a member of the National Honor Society. He then won a scholarship from Brown University and graduated with a degree in Civil Engineering, with Honors, and was a member of Tau Beta Pi. After college he got a job with the State of Ohio Highway Department in Ashland. He was the project Engineer on many projects throughout northeastern Ohio, including the Route 30 Bypass around Wooster. His co-workers from Division 5 in Ashland call State Route 30 and the Bypass around Wooster “Tom Flack’s Highway”. He also became a member of the American Society of Civil Engineers.

Tom was a loving, devoted family man and a great Dad. Tom loved family celebrations, camping trips, and supported the many activities his children were involved in. Tom and Mary were one of the founding parents of The Wooster Swim Club and regularly participated in scoring, timing and judging at the meets. Tom and Mary hosted many co-worker parties and loved their Bridge Club friends dearly, along with many other friends. Tom loved golf and played on many leagues in Wooster and Apple Valley. He traveled on golf trips to Myrtle Beach and other southern destinations for decades with friends. While living in Wooster, Tom was a trustee of The United Methodist Church, belonged to the Wooster Kiwanis Club, was a Mason and a member of the Scottish Rites in Canton. He volunteered, helping to build the Christmas Run Park playground and turn the old Coca-Cola Plant into a homeless shelter and center for the Salvation Army and also served as a Boy Scout Assistant Scoutmaster. He volunteered as Treasurer of the Apple Valley Property Owners Associations’ Board when they lived in the resort in Howard, Ohio. Tom and Mary’s last home was in Kings Gate Club in Nokomis, FL.

Private services were held in Pittsboro NC. Donations can be made to psp.org to help with research for this disease.

Arrangements for Mr. Thomas Flack are under the care of Hall-Wynne Funeral Service of Pittsboro, NC.

Offer Condolence for the family of Thomas M. Flack 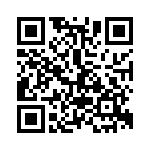