Thomas Eliot Frothingham was born in Boston on June 21, 1926. Despite the stigma of repeating kindergarten, he ultimately succeeded in graduating from the Dexter School, St. Marks School, Harvard College, and Harvard Medical School. Dr. Frothingham earned his medical degree in 1951 as part of the U.S. Navy’s V-12 Program, and interned at Bellevue Hospital in New York City from 1951 to 1952. Between 1952 and 1955, Dr. Frothingham served as a medical officer at the Naval Medical Research Unit in Cairo, Egypt, eventually retiring from the U.S. Naval Reserve at the rank of Commander. Upon returning from overseas, he held positions at Tulane, New York University, and Harvard, before entering private practice at the Corvallis Clinic, in Corvallis, Oregon.

In 1973, Dr. Frothingham returned to the East Coast as a professor of pediatrics at Duke University. He founded and served as chief of the Division of General Pediatrics and as director of the pediatric clinics from 1974 to 1987. During that time, he was involved in the pediatric community health program in rural parts of North Carolina. He also served as coordinator of Duke’s Health Education Centers.

In retirement, Dr. Frothingham drove frequently to visit children and grandchildren and enjoyed boating with them on Chesapeake Bay. As a youngster, Dr. Frothingham was an avid Beetle Cat sailor and racer in Buzzards Bay, culminating his boating career with a round-trip cruise from Annapolis to Florida on his trawler “Emily Morgan.”

Dr. Frothingham died peacefully in Durham, North Carolina, on December 27, 2011, surrounded by his family and many others who loved him. He will be remembered for his keen wit, endless curiosity, love of strong drink, and the joy he brought to daily life.
He is preceded in death by his former wife Phyllis Steiner, and survived by their children, Phyllis Eliot, Thomas Dean and his wife Beth, Benjamin Rotch, and David Griffith and his wife Kelly; grandchildren, Ian, Ali, Li Fen, Clara, Laura, Jake, and Molly; his former wife Barbara Mathis and her children, Brooke Geiger and Kirsten Michel.

Dr. Frothingham specified that a raucous celebration of his life be held on a pleasant summer evening in South Nonquitt, Massachusetts.

Arrangements for the Frothingham family are under the care of Hall-Wynne Funeral Service. Online condolences www.hallwynne.com

Offer Condolence for the family of Thomas Eliot Frothingham 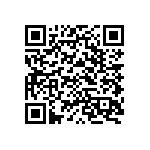