Born December 22, 1991 at Fort Bragg, Mr. McCollough was the son of Lewis Danny McCollough II and Sandra Lynne Demmon McCollough. He moved to the area permanently in 2010 after spending time growing up between Olympia, WA and Cameron, NC. Boone received his adult high school diploma in 2011 from CCCC. He was employed by MOEN in Sanford; he enjoyed hunting, fishing and playing video games with his friends. He also volunteered with his sister at the YMCA and also did volunteer work for the Pittsboro Police Department.

Survivors include his father and step-mother, Danny and Leisa McCollough of Cameron; his mother, Sandy, of Olympia, WA; sister, Sam McCollough of Olympia and Cameron; and grandparents, Lewis Danny and Victory Jean McCollough of Shelbyville, IN, Sue Ann Velasco and husband Dave Velasco of Roy, WA; several aunts and uncles. His maternal grandfather, Dennis Dean Demmon preceded him in death.

Friends may visit with the family on Saturday afternoon, June 2, 2012 from 2 – 4 pm at Hall – Wynne Funeral Home in Pittsboro. Following the visitation, a private cremation will be held at the Hall – Wynne Crematory.

Offer Condolence for the family of Thomas Boone McCollough 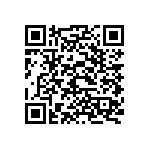