Thelma Faust Proctor, 103, a long-time resident of Durham, passed away at Durham Regional Hospital on Monday, February 7, 2011. At the time of her death, she was the oldest living member of the Trinity United Methodist Church, and for the past several years she was the oldest living resident at the Hillcrest Convalescent Center. She had been a resident there since 2005. Mrs. Proctor was born in Beaufort County, Edwards, NC on June 20, 1907 where she was one of six children 4 girls and 2 boys born to Maude Edwards Faust and Christopher Columbus Faust. She also had a half-brother and a half-sister, but she was the sole survivor of all her sisters and brothers.

Mrs. Proctor moved to Goldsboro in 1917 following her father’s death and finished high school in Goldsboro. She moved to Durham in 1923 and attended the Durham Business School. Following school she worked at the Durham Morning Herald from 1924 to 1926. In 1926 she married S. Leroy Proctor who served as Durham County Commissioner from 1946 till his death in 1963. She lived in the O.K. Proctor Homeplace in Joyland, Durham County from 1926 to 1982 at which time she moved to a home in the Duke Park area before moving to the Hillcrest Convalescent Center in 2006.

Mrs. Proctor became a member of the Trinity United Methodist Church in 1926, and also was a member of the Francis Asbury Sunday School Class and the United Methodist Women at the church. She had two sons, S. Leroy Proctor, Jr. deceased and James F. Betsy Proctor who survives her. Her grandchildren are Sidney deceased Betty Proctor, Frank Janie Proctor, Richard Lisa Proctor, James, Jr. Dana Proctor, Kinion Karyn Proctor, Patrick Proctor deceased, Nathaniel Mary Proctor and Cindy Gerd Ritzer. Of particular note are Frank and Richard with whom she enjoyed a close mother-son relationship in her later years following her husband’s death. She is also survived by 9 great grandchildren, 8 great-great grandchildren, and numerous nieces and nephews.

Services will be held at the Hall-Wynne Funeral Chapel, 1113 W. Main St., Durham, on Wednesday, February 16, 2011 with visitation at 10:00 AM, Funeral Services at 11:00 AM followed by interment at Maplewood Cemetery. In lieu of flowers, contributions in her memory can be given to the Trinity United Methodist Church or to a charity of your choice.

Offer Condolence for the family of Thelma Faust Proctor 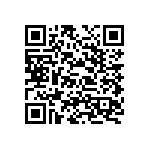