Terrence (Terry) John O’Brien died peacefully at his residence on October 5, 2016, after a long and courageous battle with Progressive Supranuclear Palsy (PSP). He was born to the late William Joseph and Shirley T. O’Brien on October 13, 1946, in Camden, NJ.

Known for his gregarious personality, sense of humor, contagious smile and huge heart, Terry had the ability to light up a room with his charm and witty conversations. Terry grew up in a large Irish-Catholic family rooted in Southern New Jersey. Raised in a family of sports fans, Terry was a star athlete and excelled in both football and track & field. In 2015, Terry was inducted into the Athletic Hall of Fame at his high school alma mater (1964) Camden Catholic (NJ). His football skills attracted various college coaches and he was recruited to play at North Texas State University.  In 1968, Terry served in Vietnam as a United States Marine. Returning from Vietnam in 1970, he met the love of his life Joanne O’Brien (nee Lempa). Terry earned a Bachelor’s Degree in Business Administration from Glassboro State College (now Rowan University). Terry and Joanne were married in June of 1973 and eventually settled in Medford, NJ to raise their family.

Blessed with a strong work ethic and drive to succeed, Terry enjoyed a prosperous career in sales and marketing, holding several senior positions at three Fortune 500 companies. To Terry, his crowning achievement in life, though, was being a loving father and shining example to his six children. A kid at heart himself, Terry bestowed upon his children a sheer joy of life and was a fixture on their sidelines as a coach and spectator at various sporting and other events. Terry supported and encouraged his children in both the pursuit of their life passions including academics, sports and the arts, and ultimately their career paths. He particularly enjoyed gatherings with extended family at holidays, birthdays, cheering for his beloved Notre Dame and just spending time together.

Terry was a lifelong advocate for his daughter Stacey (who was born with Down Syndrome) and received the President’s Award for dedicating countless hours to raise funding and awareness for the Down Syndrome Association.

Terry is preceded in death by his infant son Gregory Michael,  his parents William and Shirley, his siblings William, Francis, Cathleen & Patricia, and his in-laws Matthew, Elynor and sister-in-law Mary Elyn Lempa.

A memorial service will be held at 1 pm, Saturday 10/15 at Immaculate Conception Catholic Church located at 810 W. Chapel Hill Street in Durham, NC.

In lieu of flowers, donations can be made to CurePSP in Terry’s honor to help find a cure for Progressive Supranuclear Palsy. Visit www.psp.org for details on how you can donate.

Offer Condolence for the family of Terrence John O’Brien 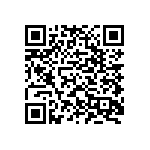