OXFORD:
Talton Thomas “T” Hughes, died March 31, 2013 in Granville House in Oxford. He was born on August 18, 1928 in Oxford, NC to the late Talton Thomas Hughes, Sr. and Loyd Dickerson Hughes.
He is survived by his wife of 56 years, Ursula Frazier Hughes; son, David Talton Hughes Shawn , and a sister Marilyn Hughes LoganRichard of Oxford. He had many special nieces, nephews, great nieces and great nephews.
Mr. Hughes was a graduate of Oxford High School and attended ECTC and NCSU. While at NCSU, he was a member of the marching band. Hr. Hughes proudly served his country during the Korean War in the US Army.
Mr. Hughes retired from Harriett-Henderson tarns, in Henderson. He was a member of Hester Baptist Church and was part of their first men’s Quartet, and was a member of the Kerr Lake Ensemble. He was a member of a Granville Co. fast pitch softball team as a pitcher and was an avid golfer.
Funeral services will be conducted Tuesday April 2, 2013 at the Gentry-Newell & Vaughan Funeral Chapel at 3:00 PM. by Rev. Pat Cox. Burial will be in Elmwood Cemetery. The family will receive friends from 2:00 PM until 3:00 PM prior to the services on Tuesday. At other times they will be at the home of David and Shawn Hughes.
In lieu of flowers memorials may be made to the Granville Co. Humane Society, P.O.Box 385 Butner, NC 27509 or the Granville Co. Animal Shelter, 5650 Cornwall Rd., Oxford, NC 27565.
Online memorials at www.hallwynne.com select obituaries.

Offer Condolence for the family of Talton Thomas Hughes 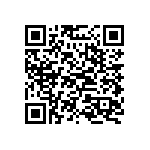