Peggy Hunt Tilley, age 80, passed away peacefully on Saturday, July 18, 2015, at Kitty Askins Hospice Center in Goldsboro, NC, after an extended illness. She was born to the late Wilmer L. Hunt, Sr. and Nellie Long Hunt on August 26, 1934. Peggy was a devoted wife and mother and a 25 year employee of Smith Hardware in Goldsboro. She was also employed by APR Apparel in Goldsboro. Peggy was preceded in death by her husband of 27 years, Wesley Adkins Tilley; son, Wesley Randall (Randy) Tilley; END_OF_DOCUMENT_TOKEN_TO_BE_REPLACED

Toni D. Turner, 67, died Monday, September 8, 2014. Toni was born October 4, 1946 to the late Oscar and Eula Hunt Thompson in Durham, she was a life resident. She attended Mt. Lebanon Primitive Baptist Church in Durham. Toni retired from the accounting department of Verizon after 30 plus years of dedicated service to stay at home with her daughter. She is preceded in death by her daughter, Elizabeth Victoria Turner, and brothers and sisters. Surviving are: her husband, of 42 years, James E. END_OF_DOCUMENT_TOKEN_TO_BE_REPLACED 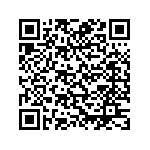