Suzanne Blankenship Bolster, 80, of Durham, NC, passed away on January 22, 2019. She was born in Roanoke, VA on February 2, 1938 to the late Clarence R. Blankenship and Kathleen H. Blankenship.

Sue attended Mary Washington College, prior to marrying David. She later developed a strong, lifelong interest in genealogy, research and antiques. She successfully set up and managed several maternity wear clothing shops in three states. Sue was a successful real estate agent in the Durham-Chapel Hill area, however, above all else, took great pride in the achievements and successes of her children and grandchildren. In retirement, she and David enjoyed traveling around the world and visiting 27 different countries.

A memorial service is planned in her memory at 2:00 PM on February 2, 2019 at Oakey’s North Chapel, Roanoke, VA. A private burial will be held at Blue Ridge Memorial Gardens, Roanoke, VA.

In addition to flowers, memorials in Sue’s name may be made to your choice of an Alzheimer’s or Cancer research organization.

Offer Condolence for the family of Suzanne Blankenship Bolster 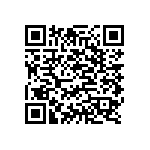