ZEBULON:
Susan Annette Etheridge, age 54, a resident of Zebulon died April 7, 2012 at her home. She was a
Native of Oklahoma and was the daughter of the late Robert Lee Buchanan and Edna Grider Buchanan. She was a homemaker and a member of Union View Baptist Church.
Surviving is her husband, Charles Etheridge of the home; daughters, Rachel Gaither and Rhonda Exley both of Franklinton, and Lacy Gaither of Wake Co.; brothers, Robert Buchanan and Richard Buchanan both of Oklahoma; sisters, Rita Blakey and Linda Belts both of Oklahoma; seven grandchildren. She was preceded in death by brothers, Donald, Monte, Hank and Daniel.
A memorial service will be held on Saturday April 21, 2012 at 2:00 PM in Union View Baptist Church by Charles Etheridge.
The Etheridge family is under the care of Hall Wynne Funeral Home in Franklinton, NC. Online memorials at www.hallwynne.com select obituaries.

Offer Condolence for the family of Susan Etheridge 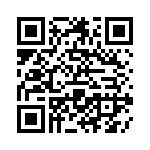