CHAPEL HILL – Steve Gadd, age 76, died on Saturday, December 23, 2017. He was born and raised in Fort Dodge, Iowa. Steve received his undergraduate and law degrees from the University of Iowa. He was a partner in the Law Firm of Mack, Hansen, Gadd, Armstrong, and Brown in Storm Lake, Iowa until his retirement in 2000.

Steve is also survived by his sister, Terry Moody of El Paso, Tx.

In lieu of flowers, memorials may be made to the UNC Cancer Center, Chapel Hill.

The Gadd family is under the care of Hall-Wynne Funeral Service. Online condolences; +www.hallwynne.com; select obituaries.

Offer Condolence for the family of Steve Gadd 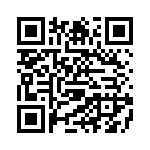