Stephen Paul Koronic, 53, died peacefully Monday morning, January 30, at UNC Hospital with his loving family near his side.

Born in Brooklyn, NY on August 26, 1952, Stephen proudly served his country while stationed in the U.S. Marine Corps. He earned the rank of staff sergeant when he left the Marines in 1985 after 15 years of service.

Stephen was employed by IBM Global Services as a Team Technical Lead for PC Support at Qualex Inc. in Durham. He was a parishioner of Holy Infant Catholic Church, where he served as a Eucharistic Minister and an RCIA sponsor. He was a long-time member of the Knights of Columbus. Stephen was an avid golfer and sports fan, who also enjoyed cycling and fishing. He had a keen interest in history and philosophy, and was a devoted husband, father, and loyal friend.

Stephen is survived by his loving wife of 18 years, Susan Marshall Koronic of Durham. NC; his daughter, Christin Koronic and fianc

Offer Condolence for the family of Stephen Paul Koronic 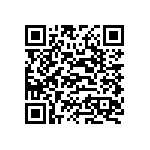