Stephen Patrick Russell, 23, of Charlotte, North Carolina died in a drowning accident on Saturday, July 4, 2009 at Jordan Lake, North Carolina. Stephen was born on May 22, 1986 in Grand Falls, Newfoundland, Canada. He eventually moved from Newfoundland to Alberta, where among his other feats, he played AAA hockey. At the age of eighteen, his family moved to Charlotte, NC where he touched the life of everyone who met him in his new home.

Stephen is survived by his devoted parents, Kelly and Brady Buckley of Charlotte, NC, and his father, Brad Bishop of Grande Prairie, Alberta. He is also survived by his beloved younger brother, Brendan, age 12, of Charlotte, grandparents Anita and Boyd Bishop of Grand Falls-Windsor, Newfoundland, a cherished Aunt Lorraine, and many loving aunts, uncles, cousins. Stephen will also be sadly missed by his big brown dog Rudy. He was preceded in death by his twin brother, Matthew, and his maternal grandparents, Madge and Don Russell of Grand Falls-Windsor, Newfoundland.

At the time of his death, Stephen was a rising senior at NC State University where he was studying Political Science. He was interested in the law, politics and writing and although he had not yet decided what path his life would take, his intelligence, empathy and concern for others were certain to make a mark on whatever field he chose and those he would come in contact with. As goaltender for NC State’s Hockey team, Stephen loved the spirit of competition, the camaraderie of the team and the game of hockey. He was an outstanding goalie who never failed to pass along his knowledge of the position or his passion for the game to his younger brother Brendan. Blessed with wonderful friends and teammates, Stephen was a proud member of the Wolfpack. Always an athlete, he loved the outdoors, from playing Frisbee golf with teammates, to building sand castles at the beach with family and friends, to riding bikes and taking his dog Rudy for walks.

Stephen always had a quiet strength about him. Family and friends knew that they could count on him no matter what. Stephen’s strong spirit and loving nature will live on in his family’s memory and their bond will never be broken.

A Memorial will be held on Wednesday, July 8, 2009 at 11:30 a.m. on the campus of NC State in the White Gardens at the Arboretum. Following the memorial, Stephen’s remains will be returned to Newfoundland for burial. A Mass will be held at the Cathedral of Immaculate Conception on Saturday, July 11th at 11:00 a.m. in Grand Falls-Windsor, Newfoundland, and Canada.

In lieu of flowers, the family requests that a donation be made in his honor to the North Carolina State Club Hockey team. Donations can be sent to the team at: NCSU Club Hockey, 1613 Trinity Road, Raleigh, NC 27607 – “in memory of Stephen Russell.”

The family would like to extend their heartfelt gratitude for the outpouring of support and love during this difficult time. It is a great comfort to see and hear how many lives Stephen touched with his kindness, love of life and easy going nature.

“It is foolish and wrong to mourn the men who died. Rather we should thank God that such men lived.”

Offer Condolence for the family of Stephen Patrick Russell 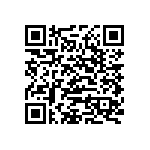