Samuel Lyon May (Sam) was born on May 8, 1944 at Watts Hospital in Durham, NC. He was welcomed by his parents Inez Lyon May and Ned Hannon May.
Sam fought a long and courageous battle with cancer. He lost that fight on Tuesday, August 29, 2017. Services were held for the family on Friday, September 1, 2017 followed by inurnment at Maplewood Cemetery in Durham. He is survived by his wife Frances (happily married for 54 years), one daughter Laura May Outlaw (Chris), one granddaughter Laura Outlaw Zamora, one great granddaughter Adaline Zamora and his dog Annie. He is also survived by his sisters Betsy May Brown and Judy May Berry (Robert), a brother Tom May (Carol) and numerous nieces, nephews and cousins.

Sam began working as a young boy at D. C. May Company (started by his Grandfather in 1921). He learned the painting and decorating business from “inside the closet out”. He was active in the Painting and Decorating Contractors Association and was a past President of the Carolinas Council.

Sam attended the Durham Public Schools and graduated from UNC, Chapel Hill in 1966. He was a member of Watts Street Baptist Church. Following his Father’s death in 1972, Sam served as a Deacon at his church. He was a Boy Scout and achieved the rank of Eagle Scout. He was most proud of his God and Country Award which was presented to him by his Mother at the church. Sam married his high school sweetheart, Frances Hutchins, on June 29, 1963. He was a born and bred “Tarheel” and attended all Carolina sports events with his Son-In-Law, Chris. He served on the Aubrey Lee Brooks Scholarship Selection Committee for over 30 years. He also served on the YMCA Board and was a charter member of the North State Sertoma Club. He was an avid sportsman and he loved fishing and hunting. He was an excellent golfer and good tennis player, winning quite a few trophies.

Memorials to Sam may be sent to The Durham Rescue Mission, P.O. Box 11858, Durham, NC 27703 or the American Cancer Society or an organization of your choice.
Arrangements for the May family are under the care of Hall-Wynne Funeral Service. Online condolences may be made at www.hallwynne.com.

Offer Condolence for the family of Samuel Lyon May (Sam) 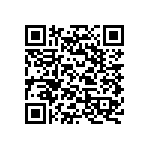