Durham: Salvatore “Sal” Galante Jr., 69, of Durham passed away Thursday, October 3, 2013. He was born July 11, 1944 to Salvatore and Carmela Fiasco Galante. Sal was a US Army Veteran and a retiree of the New York City Transit Authority.

He was preceded in death by a brother Anthony Galante.
Surviving are; his wife, of 42 years, the former Anita C. Misiano of Durham; two sons, Salvatore Galante III of Morrisville, and James Nicole Galante of Wake Forest; his twin brother, Joseph Mildred Galante of Staten Island, NY; two grandchildren, Marisa and Vincent Galante, both of Wake Forest.

A Mass of Christian Burial will be held in Brooklyn, NY.

In lieu of flowers, donations in Sal’s memory may be made to the Wounded Warrior Project: P.O. Box 758517, Topeka, Kansas 66675, got@woundedwarriorproject.org. Share your condolences at www.hallwynne.com see obituaries.

Offer Condolence for the family of Salvatore Sal Galante, Jr. 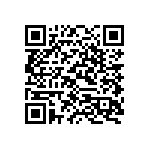