OXFORD:
Sadie Jackson Grissom, age 78, died August 1, 2014 at her home. She was a native of Granville Co. and was the daughter of the late Jack and Alda Arrington Jackson. Sadie was retired from John Umstead Hospital in Butner and a member of Providence Baptist Church.
Graveside services will be conducted on Monday August 4, 2014 at 2:00 PM in the Wheeler Cemetery in Oxford by Chaplin Willis Herman.
Surviving are two sons, Jamie Grissom (fiancé Ann) and Scott Grissom(Lori) both of Oxford; a sister, Janice Lyon of Durham; grandchildren, Stacey Mangum, Reid Grissom, Ashton Grissom, Morgan Grissom, Jordan Grissom and Nathan Wilkins; great granddaughter, Addison Rose Grissom.
Flowers are accepted or memorials may be made to the charity of one’s choice.
The family will receive friends on Sunday August 3, 2014 from 7:00 PM until 8:30 PM at Gentry-Newell & Vaughan Funeral Home. Online memorials at www.hallwynne.com select obituaries,

Offer Condolence for the family of Sadie J. Grissom 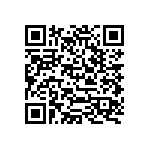