Ruth Sturdivant Peninger, age 85, beloved wife, mother, grandmother, great grandmother, sister, sister-in-law, aunt and friend died peacefully on December 28, 2015 in her home with family by her side.
Ruth was born on February 8, 1930 in Chatham County to the late William R. and Novie Eubanks Sturdivant. She was preceded in death by her loving and devoted husband, Donald M. Peninger. She is survived by her son Kent and wife, Veronica of Durham; one grandson John Thomas Croy and wife, Amanda and two greatgrandchildren Linleigh and Bennett of Murfreesboro, TN and many nieces and nephews.
Ruth was one of eleven siblings and was preceded in death by her sisters, Addie Powell, Jessie Andrews and Mary Griffin; brothers, Paul, Gene, James, Edgar, Grady and John Sturdivant. Surviving is her brother Larry Sturdivant. Ruth was a longtime member of Carrboro Baptist Church before becoming a member of Farrington Road Baptist Church where she served as a deacon. She belonged to the Chapel Hill / Carrboro Garden Club and was also a longtime member of the Eastern Star. She worked for over twenty five years as a Loan Officer with Home Savings & Loan Association and finished her working life with the Department of Motor Vehicles.
She was an incredible homemaker and a devoted friend to many. She was mother to one son, but was affectionately known by many as “Mama Ruth”. Her loving and giving nature endeared her to many. She was respected for her goodness and generosity. Her presence among us will be greatly missed. Her life lessons and memories of her will forever remain within the heart and soul of everyone fortunate enough to know and love her.
Memorial services will be held 1:00PM Saturday, January 2, 2016 at Farrington Road Baptist Church 5936 Farrington Road Chapel Hill and will be officiated by Pastor Jason Hughes and Pastor Jim Greenlee. A reception will follow in the church fellowship hall. Graveside ceremonies will be private at Westwood Cemetery in Carrboro. The family would like to thank Ruth’s caregiver Mei Yin Turner, UNC Hospice and Christy Frye Payne for their love and support.
In lieu of flowers, memorial contributions can be made to Farrington Road Baptist Church in Ruth’s honor. Arrangements for the Peninger family are under the care of Hall-Wynne Funeral Service.
Online condolences www.hallwynne.com, select obituaries.

Offer Condolence for the family of Ruth Sturdivant Peninger 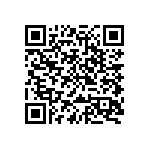