Ruth graduated from Durham High School in 1937 and was a member of Durham Primitive Baptist Church. She was the sixth of nine children born to the late Samuel Fred and Vera Forsyth Faucette. She was the wife of Charles Henry Allen who died in February 2006. Also preceding her in death were her sisters, Mary F. Poole and Naomi F. Hand Fosdick; brothers, baby Fred, who died in infancy; Bill, Chesley, George and Bobby.

Especially the dear caregivers at Twin Lakes Coble Healthcare in Burlington, NC where she was loved and cared for so well for six and a half years. Words cannot express how much the family appreciated the care that was given to their mother and also to the wonderful Hospice Home of Alamance where she spent her last days in comfort and gentle loving care.

Friends may visit from 10:00-11:30 a.m. Thursday prior to the graveside at Hall-Wynne Funeral Service in Durham. Flowers are acceptable or contributions may be made to Hospice Home of Alamance, 918 Chapel Hill Rd., Burlington, NC 27215.

Offer Condolence for the family of Ruth Faucette Allen 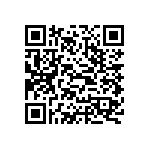