Ruth Ezyk Mogilnicki, 91, died after a brief illness at Croasdaile Retirement Community. She was born April 1, 1924 in New Bedford, MA to Joseph Charles and Josephine (Rog) Ezyk. Ruth graduated from New Bedford High School. She married Eugene J. Mogilnicki in 1949, and the couple moved to Durham. Ruth began working for the Employment Security Commission and later for the federal government, where she worked for several years as an administrator in a high-level collaborative initiative between the U.S. Army and Duke University. Ruth received a citation for outstanding performance as a civilian employee.

Ruth was a devoted member of Immaculate Conception Catholic Church and a 62 year member of the Catholic Daughters of the Americas. She and husband Gene were inseparable throughout their 58 year marriage until his death in 2007. They spent many winters at St. Simons Island, GA and traveled widely through Europe. Ruth was strikingly beautiful with penetrating blue eyes, and perpetually crisp and elegant appearance. Her radiance and warmth were magnetic to friend and stranger alike. Prior to her recent health decline, Ruth carried herself with remarkable dignity and grace – qualities that endeared her to all who give thanks for her life.

Surviving are her sister, Carol Shotwell of LaPine, OR; nieces and nephews, Karin Fudala of Epsom, NH, David Ezyk of Overland, KS, Patricia and Kathleen Crotty of Coconut Creek, FL, Robert Mogilnicki of Marion, MA, Eric Mogilnicki of Chevy Chase, MD and Steve Mogilnicki of Somerset, MA; and numerous great and great-great nieces and nephews. In addition to her husband, Ruth was preceded in death by her brother, Joseph Charles Ezyk, Jr. and a niece, Jo Ellen Wheeler.

Offer Condolence for the family of Ruth E. Mogilnicki 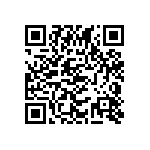