Ruth I. Auger, 99, of Pittsboro, North Carolina, passed away peacefully at home on April 24, 2009. For the first ninety-two years of her life, she lived in the Manchester, New Hampshire area. She was born in Goffstown, New Hampshire on April 6, 1910, the daughter of Maurice B. Campbell and Addie Clarabelle Mudge.

Until her retirement in 1971, she had worked at H.P. Hood as a chief clerk for more than thirty-two years.

Mrs. Auger was the eldest member of the United Methodist Church congregation in Manchester. She enjoyed spending time with her family and friends. “Gram” will be remembered as the quintessential hostess, always focused on the needs of others. She was also an avid Duke basketball fan and attended several women’s home games.

She was predeceased by her husband, Arthur F. Auger, in 1973.

A memorial service will be held at the University Baptist Church at 100 South Columbia Street in Chapel Hill, NC at 11:00 a.m. on Saturday, May 2. A potluck lunch will be served immediately following the service. By request of the family, those who will attend the memorial service are asked to wear something pink in celebration of “Gram’s” life.

In lieu of flowers, donations may be made to Bonginkosi School in South Africa, a school operated by African Enterprise. Memorial gifts should be sent to Christ Community Church, P.O. Box 2314, Chapel Hill, NC 27515, designating Bonginkosi School.

Offer Condolence for the family of Ruth Auger 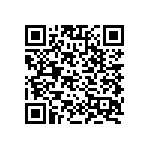