Ross Lester Andrews, 39, died unexpectedly Friday evening while running on a trail he loved near Steep Hill Creek above Yates Mill Pond in Raleigh. A native of Charlottesville, VA, Ross graduated from the University of North Carolina, where he was a member of the NC Fellows Program. He completed graduate education at NC State University, earning a Masters in Soil Science and a Masters in Forestry. Ross was a certified NC Environmental Educator, published scientific author and poet. Ross was the Executive Director of the Center for Human-Earth Restoration, a non-profit he co-founded based in part on a belief that if people expand their connection to the Earth, they will find deeper joy in time outdoors and, in turn, will protect the Earth and live with it wisely.

Ross’s lifelong love of nature grew from Boy Scout backpacking and canoeing trips in the Blue Ridge Mountains outside Charlottesville. He began writing poetry under the great oaks and poplars of the UNC campus. Ross and Wendy had just begun to make their home together in the bucolic community of New Hill. Ross was devoted to his 7-year old daughter, Naomi, with whom he shared his love for nature and for dancing.

Surviving are his fiancée, Wendy Sarratt of New Hill; his daughter, Naomi Sequoia Andrews of Raleigh; his father, Lester Andrews of Charlottesville, VA; and his brother, Scott Andrews of Reston, VA, as well as other much-loved relatives and friends. Ross was predeceased by his mother, Marjorie Andrews.

Friends will be received 3-6 PM Saturday at Hall-Wynne Funeral Service, 396 West St. in Pittsboro. A memorial service will be held at a later date to be announced. Gifts in Ross’s memory may be made to the Center for Human-Earth Restoration, centerforhuman-earthrestoration.com, or Triangle Land Conservancy, triangleland.org.

Offer Condolence for the family of Ross Lester Andrews 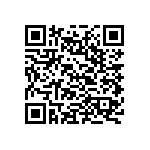