Rosemary was a faithful woman that received great joy through active participation within her church community. She understood that she could exemplify her faith through service to her fellow man. By visiting with skilled nursing facilities, rest homes and other such establishments, she was pleased to tend and care for others who were less fortunate than herself. She regularly volunteered with the elderly and convalescent for many years. On many occasions, she would provide care packages with such volume that transportation would require the enlistment of friends and neighbors. Rosemary was privileged to have touched so many lives and will be greatly missed by all.

Flowers are acceptable or memorial contribution may be made to any charity of your choice.

Services will be held on Friday, July 15, 2011 at 2:00 PM from the Franklinton Chapel of Hall-Wynne Funeral Service, 504 East Mason St., Franklinton, NC. A graveside service will immediately follow from Fairview Cemetery, Franklinton, NC.

Online condolences may be sent to www.hallwynne.com, select obituaries

Offer Condolence for the family of Rosemary Kearney Phillips 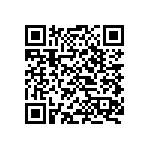