Ronald Dale Knapp
Oxford –
Ronald Dale Knapp, 73, of Oxford, NC, died Thursday, November 16, 2017. He was
born in Rainelle, WV on March 26, 1944 to the late Clarence Caleb Knapp and Martha
Elizabeth Parker Knapp.
Ronald was a 1963 graduate of Rainelle High School where he was a member of the
1962 Class A Championship team. He enlisted in the Air Force in 1968 and was
stationed at Pope Air Force Base in North Carolina. He had eight years of service and
was a Vietnam Veteran. He was a member of the Masonic Lodge in Alderson, WV and
was a Thirty Second Degree Shriner. He retired from the Federal Bureau of Prisons
after twenty two years of service. Later, he moved to Lebanon, PA and was employed
by the Lebanon County Sheriff’s Department as a Deputy Sheriff for fourteen years.
He was an active member of the Fraternal Order of Police. After retiring a second time
he relocated to the warmer climate of Oxford, NC. He enjoyed golfing, hunting,
football games, working in his yard and garden, and cruising in his sports cars. He
cherished spending time with his grandchildren and watching them participate in
various activities and sporting events.
Ronald is survived by his wife, Linda; son, Ronald Jason Knapp of Burlington, NC;
daughter, Jennifer Knapp Loy and husband Bo of Burlington, NC; granddaughter,
Taylor Loy; grandson, Grayson “Gray” Loy. He is also survived by his identical twin
brother, Rodney Knapp; sister, Carolyn Thompson; nieces; nephews; and many other
loving family and friends.
The family will receive guests for visitation at a Celebration Memorial at
Old Greenbrier Baptist Church in Alderson, WV on Saturday, November 25th
from 3:00 – 5:00 pm.

Offer Condolence for the family of Ronald Dale Knapp 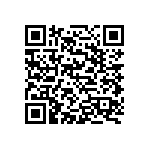