Robert Sanford Garrard, age 87, died Sunday, May 6, 2012, at his home. A Durham native, Robert was born to the late Isaac Marion and Lonie Sanford Garrard on November 12, 1924. He proudly served his country while in the U.S. Navy during WWII.

Robert is survived by his three children: Angela Garrard, Amanda Gail Garrard and Robert Andrew Garrard, all of Durham, NC; two grandchildren, Meghann and Blair Parrish of Wilmington, NC; and brother, Joseph Walker Garrard of Durham. He was preceded in death by his wife of 63 years, Eris Hoke Garrard.

Funeral services will be held 2:00 P.M. Thursday, May 10, from the Chapel of Hall-Wynne Funeral Service with the Rev. Dr. Clay Waters presiding. Burial with military honors will follow at Mt. Lebanon Primitive Baptist Church Cemetery.

Friends may visit Wednesday evening from 6:00-8:00 P.M. at Hall-Wynne Funeral Service, 1113 W. Main St. in Durham and other times at Robert’s residence.

Offer Condolence for the family of Robert Sanford Garrard 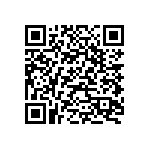