Robert Francis Foltyn died Sunday evening, March 18, at his Durham home. He was 85 years old. Robert moved to Durham five years ago from Binghamton, NY where he was born to the late Peter and Barbara Ciganick Foltyn.

Robert is survived by his loving wife of 65 years, Kathryn Foltyn and his daughter, Kathleen Foltyn, both of Durham.

A Mass of Christian burial will be celebrated 10:00 AM Thursday, March 22, from St. Matthew Catholic Church with Father Robert Diegelman presiding.

Burial will be held later in Calvary Cemetery in Binghamton, NY.

The Foltyn family is being assisted by Hall-Wynne Funeral Service.

Offer Condolence for the family of Robert Francis Foltyn 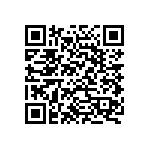