Bob was a veteran of the U.S. Navy who proudly served his country during WWII. He was a member of St. Matthew Catholic Church in northern Durham.

Friends may visit one hour prior to Mass on Thursday in the church.

Arrangements for the Wertz family are under the care of Hall-Wynne Funeral Service.

Offer Condolence for the family of Robert Edward Wertz 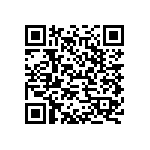