He grew up in Cameron, WV and the family moved to Morgantown, WV in the fall of 1960. He graduated from Morgantown High School in 1968. He received a B.S. Degree in Business Administration (Marketing) from West Virginia University in 1972. He received a second degree, B.F.A. in Graphic Design, from West Virginia University in 1980. He was a member of Phi Kappa Psi Fraternity at WVU. He was variously employed at Cedar Point, OH, Yosemite National Park in California and in retail sales with Bright of America in Summersville, W.V., TV station WBOY in Clarksburg W.V. In Durham he was employed by Coman Publishing, Block Buster and retired from Bed Bath and Beyond in 2015. He had many hobbies including photography, chess and a love of movies. He was a talented artist using watercolor, oils as well as pen and ink. He loved to travel, visiting national parks, and monuments along with civil war memorials and had been to all 50 states. He was an avid reader and loved books of the Wild West (including Custer) and how it was settled. He was also an avid birder with a life list of more than 700 species. He had a sense of humor and a twinkle in his eye when he talked with you.

Bob is survived by a brother, Samuel C. Dotson, III MD, a sister Mary Ann Dotson, both of Durham, NC and his partner of thirty plus years Rebecca Yost of Old Fort, NC. He was preceded in death by his parents, Samuel Charles Dotson, Jr. MD and Campsa Snedeker Dotson. He requested that his ashes be scattered at a later date in a favorite National Park.

Offer Condolence for the family of Robert (Bob) William Dotson 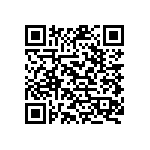