OXFORD:
Robert Lewis Bob Tesh, died October 26, 2013 at Durham Regional Hospital in Durham. He was a native of Guilford Co. and was the son of the late Russell Lewis and Katherine Hunter Tesh. He was of the Lutheran faith.
Mr. Tesh retired from the NC Army National Guard after 35 five years of service. He worked from 1959 until 1984 at the Roxboro Armory as the unit administrator. He also worked as a security guard for the Collins & Aikman MFG Company.
Funeral services will be held on Monday, October 28, 2013 at 7:00 PM in Gentry-Newell & Vaughan Chapel by Rev. Edward Bogie and Dr. Ann Sims. Graveside services will be held on Tuesday, October 29, 2013 at 2:00 PM at Hester Baptist Church cemetery with military honors.
Surviving is his wife of 48 years, Rebecca Brooks Tesh of the home.
The family will receive friends on Monday, October 28, 2013 from 6:00 PM until 7:00 prior to the service at the funeral home.
Flowers are accepted or memorials may be made to Hester Baptist Church cemetery fund, PO Box 964, Oxford, NC 27565.
Gentry-Newell & Vaughan is assisting the Tesh family. For online condolences, go to www.hallwynne.com and select obituaries.

Offer Condolence for the family of Robert “Bob” Lewis Tesh 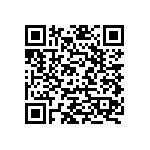