Robert Bob D. Holleman, Jr., 67, of Raleigh, NC, died Thursday, February 21, 2008. At the time of his death, Bob was regional sales manager for H.S. Williams Co. He was the son of the late Robert D. Holleman and late Ruth Tucker Holleman of Durham.

Bob is survived by his son, Rob Holleman, of Moncure; brother, Bill and his wife, Kay, of Gainesville, GA; sister, Beth and her husband, Al Muirhead, of Hillsborough, NC; sister, Carol and her husband, Bill Walther, of Birmingham, AL; and brother Jim of Knoxville, TN. He is also survived by several nephews and one niece.

Flowers are acceptable or any donation made to the charity of your choice. He is loved and will be greatly missed.

Online condolences may be sent to www.hallwynne.com. Select obituaries. 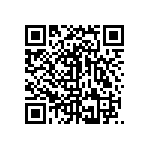