Richard Daryl “Rick” Hawkins, 58, of 415 Hancock Street, Oxford, NC, died April 22 at his home from complications following a stem cell transplant for pro lymphocytic leukemia.
He is survived by his wife, Patricia Freeman Hawkins, his daughters, Kathryn Lucille Hawkins of Smyrna, GA, and Sara Lauren Hawkins of Durham, NC, as well as his brothers and sisters-in-law Ron and Margaret Hawkins, Bill and Rose Hawkins, and Tom and Trudy Hawkins. He is also survived by nephew Jeff Hawkins, his wife Julie, and their children, Liana and Keaton; niece Allison Merchant and husband Fareed; nephew Bill Hawkins, his wife Cathy, and their children Brandon and Olivia; niece Beth Kinney, her husband Robert, and their son Nathaniel; niece Karen Pittman, her husband Loren, and their children Claire and Leah; and nephew Keith Hawkins. Rick leaves behind an extended network of friends.
He was preceded in death by his parents, Rainey and Inez Hawkins, of Durham.
Rick was born in Durham and was a graduate of Durham High School, the University of North Carolina, the NC School of Banking, and NC Advanced Commercial Lending SchooL
He was employed as a Vice President for Fidelity Bank, worked as a commercial lender, and was instrumental in establishing Fidelity’s first Durham branch. Rick considered himself a “creative lender” and loved banking because it allowed him to help people realize their dreams.
Rick was a member of Oxford United Methodist Church, where he served as a choir member. Rick had previously served as a lay leader in several area churches, including Calvary United Methodist and Resurrection United Methodist in Durham, and Christ United Methodist in Chapel Hill.
He was also a Life Scout and was a member of the Exchange Club of Greater Durham for 19 years.
Rick was a avid UNC fan, and enjoyed Carolina football and basketball, as well as kayaking, biking, and RV camping.
At Rick’s request, his body has been donated to Duke Medical Center for autopsy, in the hope that future patients may benefit from the knowledge obtained from Rick’s illness. A memorial Service of Death and Resurrection will be held at Duke Memorial United Methodist Church, 504 W. Chapel Hill Street, Durham, NC, at 2pm, April 25th• The Reverends E. Powell Osteen, C. Gregory Moore, and Hannah McManus will officiate. The family will receive friends in the church fellowship hall following the service.
In lieu of flowers, the family requests that memorial donations be made in Rick’s honor to Oxford United Methodist Church, PO Box 757, Oxford, NC, 27565, or to the Hawkins Fund, c/o Fidelity Bank, 3016 Shannon Rd, Durham, NC, 27707, which will be used to establish a chapel at the Duke Adult Bone Marrow Transplant Clinic. .
Online memorials www.gnvfh.com select obituaries.

Offer Condolence for the family of Richard “Rick” Daryl Hawkins 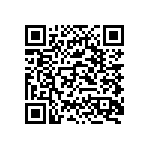