Richard Lawrence Walter died in Durham, NC on Wednesday, June 27, 2018; he was at home surrounded by loving family.

Richard was the youngest of five children, born to Marie Ann Boehmer and Lawrence Barnabus Walter on November 1, 1933 in Chicago, IL. Richard grew up in Elmhurst, IL and attended Saint Procopius College (now Benedictine University) in Lisle, IL where he was class president and valedictorian. After graduation, he moved to Indiana, where he met Carol Elizabeth Goethals.  They married on December 27, 1958. After completing his doctorate in Physics at the University of Notre Dame in 1960, they moved to Madison, Wisconsin, where he was employed by the university until he accepted a tenure-track position at Duke University in 1962. He was promoted to full professor in 1974.

In addition to his teaching, Richard was an avid researcher. He secured grant funding to support his research and published findings of many of his experiments on the fundamental aspects of the nuclear force at the Triangle University Nuclear Lab (TUNL). In addition to his local research, Richard collaborated with labs all over the world including sabbaticals at Los Alamos National Laboratory, New Mexico and the Max Planck Institute for Nuclear Physics, Heidelberg University, Germany. Richard loved to travel and made numerous visits to China, Yugoslavia, France, and Saudi Arabia to lecture and conduct research. Richard valued the many fine physicists he met on his travels, as well as the collegiality of the 26 doctoral candidates he advised during his 43-year tenure. He retired from Duke University in 2009.

While Richard was a man of great thrift he always generously provided for his family; he was a devoted husband, loving father, and doting grandfather. A life-long Catholic, Richard and Carol joined Immaculate Conception Catholic Church upon their arrival in Durham; it was the source of some of their earliest and dearest friendships. They later attended St. Matthew Catholic Church after moving to the Homestead at Croasdaile Village in 2006. Richard was also an avid fan of Notre Dame football and Duke basketball.

Richard is survived by his wife of 59 years, Carol; one sister, Rita Batt and her husband, Lourie of Las Vegas, Nevada; oldest son, Timothy Walter of Durham; daughter, Susan Walton and her husband, Jeff of Chapel Hill; youngest son, Matthew Walter and his wife, Bynum of Durham; two grandsons, Nick Walton, Zack Walton and his fiancé, Hannah Simpson, all of Charlotte; and two loving and steadfast caregivers, Jonathan Livingston and Lamin Saidywan, whose devotion allowed Richard to live with dignity at home.

Richard’s life will be honored with a Catholic mass on Monday, July 2 at 11:30 a.m. at Few Chapel, 2600 Croasdaile Farm Parkway. Family will receive friends beforehand at the chapel beginning at 10:30. Private burial to follow at St. Matthew Catholic Cemetery. In lieu of flowers, memorial contributions may be made to Duke Homecare and Hospice which provided Richard with comfort in his final year.

Offer Condolence for the family of Richard Lawrence Walter 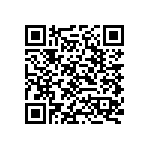