Richard Earl Poole, 68, of Efland, NC passed away on September 20, 2017. Rick loved the outdoors and was a lifelong sportsman. He was a skilled mathematician, an avid reader, and a loyal friend. He was a faithful son, a kind brother, a devoted father, and a loving grandfather.
Rick was born on June 11, 1949 and was a 1967 graduate of Orange High School and a 1971 graduate of North Carolina State University. He gave 27 years of service to Orange County Department of Social Services and then spent many years enjoying his retirement.
He is survived by his mother, Edna Burke Nichols Poole, his daughter, Stephanie Nieman, son-in-law, Jeffrey Nieman, his grandson, Burke Nieman, his granddaughter, Larkin Nieman, his sister, Pamela Walden, and many dear aunts, uncles, and cousins. He was preceded in death by his father, Charlie Boyce Poole, and his brother, Charlie Bruce Poole.
Funeral services will be held at 11am on Friday, September 22 at Efland United Methodist Church with visitation to follow at the Fellowship Hall. In lieu of flowers, memorial donations may be made to the National Wild Turkey Federation

Offer Condolence for the family of Richard Earl Poole 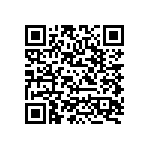