A native of Upland, CA, Richard was born to the late Leo Scarberry & Wilma Kalmbach. A printer by trade, Richard maintained a strong work ethic all of his life. He fell in love with and married the former Brinda Bender. He will always be remembered as a good husband and loving father. On Saturdays, Richard may have rooted for the Ohio State Buckeye’s, but Sunday was reserved for the Dallas Cowboys.

The family will receive friends from 6-8pm, Thursday, October 18th, 2012, at Hall-Wynne in Franklinton, NC. A funeral service will be held at 1pm, Friday, October 19th, 2012 in the chapel of Hall-Wynne, Franklinton.

Arrangements are in the care of Hall-Wynne, Franklinton Chapel. Online condolences may be left at: www.hallwynne.com

Offer Condolence for the family of Richard Alan Scarberry 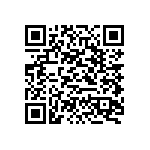