Richard Adam Ewers Lischer, of Durham, died Sunday morning, July 17, after a brief struggle with cancer. He was 33.

He was the husband of Jennifer Lischer, to whom he was married in 1999 and who sustained him throughout his illness, and the father of a baby girl whose birth is soon expected. A native of St. Louis, Adam Lischer lived in Durham for more than twenty-five years. He was brought up a Lutheran and recently welcomed into the Catholic church by rite of confirmation. He was a member of Immaculate Conception Church in Durham where he and his wife were daily communicants. He was educated in Durham public schools and graduated from Northern High School in 1990 where he starred in several dramatic productions and was drum major in the marching band. He was a drama and philosophy major at the University of North Carolina, Chapel Hill, from which he received his B.A. in 1995. While a student he earned his black belt in Taequando. He received his J.D. from the Washington College of Law, American University in 1998, and was admitted to the North Carolina Bar in 1999.

After law school, he served as judicial clerk to the honorable Linda McGee on the North Carolina Court of Appeals. Following his clerkship, he was awarded the Clifton W. Everett Community Lawyer Fellowship, which he served with Eastern Carolina Legal Services. He later served for four years as Assistant District Attorney for Nash, Edgecomb, and Wilson counties. In that capacity he earned a reputation as a hardworking, fair, and formidable prosecutor. In May 2004, Adam Lischer joined the Durham firm of Pulley, Watson, King and Lischer, where he and his mother, Tracy Kenyon Lischer, realized their ambition to practice law together. He focused his practice on personal injury and criminal defense. An opponent of the death penalty, he accepted cases from the Office of the Capital Defender.

Adam Lischer is survived by his wife Jennifer Lischer. He is also survived by his parents Richard and Tracy Lischer of Durham and by his sister, Sarah Kenyon Lischer and her husband Paul Sherman; and nephews, Luke and Calvin Sherman of Winston-Salem. Also surviving are his maternal grandfather Robert C. Kenyon of Durham and his aunt and uncle, Mary and Regan Kenyon of Princeton, NJ.

A Funeral Mass will be offered 10 AM Wednesday, July 20, at Immaculate Conception Church in Durham with Fr. David McBriar, O.F.M. presiding. Burial will follow in St. Matthew Catholic Cemetery in Durham.

The family will greet friends at Immaculate Conception Church on Tuesday, July 19 from 7-9 PM.

Offer Condolence for the family of Richard Adam Ewers Lischer 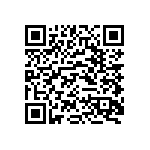