Rheumel was the daughter of L. Frank and Berta Horton Thrailkill and was a lifelong resident of Chatham County having lived on a farm in the Seaforth community before moving to Pittsboro. She was preceded in death by her childhood sweetheart and husband, William Commie Billy Markham, Jr.

She is survived by her daughter and son-in-law, Joette Markham and Jack McDaniel, and her son and daughter-in-law, Jeff and Ruth Markham.

Offer Condolence for the family of Rheumel Markham 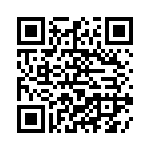