Durham, NC – Rebecca Dallie Jernigan Williams, 93, went to be with her Lord and Savior Tuesday, September 29, 2015. She was born February 23, 1922 in Durham. She was dearly loved by her family and her many friends and will be greatly missed.

As a teenager, she dedicated her life to the Lord. She was a Christian example for her children and all who knew her.

She was a full-time homemaker and became a Boy Scout den mother for her two sons. At the age of 45 she returned to school and became an LPN, working at Durham County General Hospital. She especially enjoyed working in the newborn nursery. Her greatest joy was to be of service to others.

She is survived by her daughter Linda Williams May and husband, Johnnie of Wilson, NC; her son, Jesse Alton Williams and wife, April of Taylors, SC; grandchildren, David Wayne May, Christopher Bradley Williams and Benjamin Mark Williams; Great grandchildren, Summer Lorraine Hundley, Sydney Nycole May and Gabriel Dale May; sisters, Geneva Jernigan Smith and Alice Jernigan Sykes and her beloved nieces and nephews.

Funeral Services will be held 11:00 AM Saturday, October 3, 2015 from the Chapel of Hall-Wynne Funeral Service with the Pastor Brett Lybrand officiating. Burial will follow in Maplewood Cemetery.

The family will receive friends from 10:00-11:00 am Saturday prior to the funeral service.

Arrangements are under the care of Hall-Wynne Funeral Service. Online condolences www.hallwynne.com.

Offer Condolence for the family of Rebecca Dallie Jernigan Williams 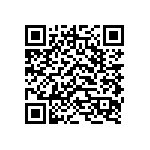