Durham – Mr. Ray Deal Carlton, 93, husband of the late Ruth Margaret Carlton, died Friday morning March 31 at Croasdaile Village.
Mr. Carlton was born in Harmony, North Carolina on June 11, 1923, the son of the late Alonzo Brutel and Etha Lou Vance Deal Carlton. He graduated from Barnegat High School in New Jersey in 1941 and upon graduation, enlisted with the US Navy, serving during WWII as a radioman on a sub-chaser in the Atlantic, then on an aircraft carrier in the South Pacific. Ten days after his honorable discharge in December of 1945, he married his beloved Ruth.
Ray graduated from Rutgers University in 1950 with a degree in Biological Sciences and Bacteriology. For 36 years, he was employed with American Cyanamid Company in the Agriculture Division. He lived in Yardville, NJ, and Wellington, FL, before relocating to Croasdaile Village in 2004. He was the last surviving member of 9 children.
Ray is survived by his daughter, Jan Carlton Holland, and her husband, Jim, of Chapel Hill; grandchildren, Chase Carlton Holland of Marysville, WA, and Jaclyn Parker Holland, of Chapel Hill. He is predeceased by his wife Ruth and son Richard Ray.
A memorial service will be held on Saturday, April 8, 2017, at 2:00pm in the Few Chapel at Croasdaile Village. Officiating will be Rev. Denise Waters and Rev. David Gira. Memorials may be directed to the Croasdaile Village Benevolent Fund, 2600 Croasdaile Farm Parkway, Durham, NC 27705, or to Orange United Methodist Church, 1220 Martin Luther King, Jr. Blvd, Chapel Hill, NC 27514.
The Carlton family is under the care of Hall-Wynne Funeral Service. Online condolences may be submitted at www.hallwynne.com, select obituaries.

Offer Condolence for the family of Ray Deal Carlton 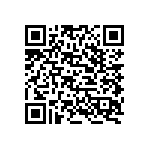